Regulations are in Effect for Illinois UST Facility Owners and Operators

The new OSFM regulations require that Class A Operators (who are responsible for operating and maintaining the UST systems) and Class B Operators (who are responsible for daily operation, maintenance, and record keeping for the UST systems) must perform walkthrough inspections of each UST system and must record the results of each inspection on a checklist. These checklists must be maintained with the facility records.

Once per year, UST Owners are required to:
We have over 50 years combined experience in the fuel compliance industry – let us take over your walkthrough inspection requirements. Our employees and trainers are Joint B Operators, so we can perform onsite Operator C training to attendees as needed and complete all the new requirements. Email us to get more information or schedule a pilot with us today! Read the original press release here: https://www.jdsupra.com/legalnews/periodic-operation-and-maintenance-83132/
environmental compliance News Regulations Risk Management Underground Storage Tank UST

By Jorrdan Barroso Posted on December 3, 2018 in Environmental Compliance News

Coleman Oil has been charged over $189,000 in fines for spilling more than 3,840 gallons of biodiesel into the Columbia river and nearby areas.

The cause of the spill was the result of a corroded underground pipe that was laid at Coleman Oil’s oil plant in 1935. Coleman Oil did not complete their regular inventory control procedures or underground piping industry standard inspections which caused the corrosion and leak to go undetected. The biodiesel leaked into the Columbia river which caused an on and off sheen on the rivers surface.

Coleman Oil’s oil plant in Wenatchee is now a toxic cleanup site. According to news sources,  the company has been cooperative and responsive during the investigation and has worked on site cleanup since October 2017. Additionally, groundwater monitoring wells are installed and regularly sample the groundwater to verify how much contamination remains and pump out any remaining toxic contaminants to protect the river. According to the Department of Ecology, the investigation will continue and they will verify whether the river’s sediment or surrounding ground is contaminated from the spill.

Coleman Oil has been charged $189.000 in fines in addition to $213,400 to be paid to the state for spill response costs. The resource damage assessment, environmental restoration costs, enhancement project costs, and additional funding costs are still to be determined. The total state penalty including the cost reimbursement and damage assessment are expected to total more than $1 million. All funds collected from the penalty are to be put towards the state’s Coastal Protection Fund.

If you haven’t been keeping up with your State and Federal compliance requirements or if you’re struggling to understand your requirements, leave us a comment or call us at 888-400-3511. 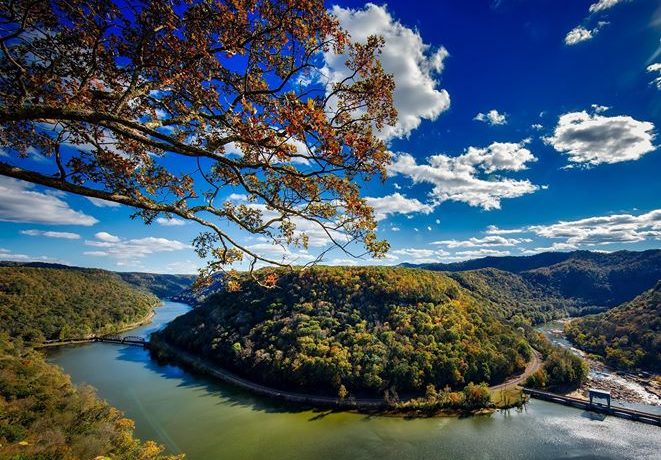 Cope’s Supermarket Inc. and Norma Jean Cope in Ravenswood, West Virginia are tied up in a non-compliance lawsuit that could cost the companies up to $25,000 per day in damages. The lawsuit is spearheaded by Harold D. Ward, the acting director of the Division of Water and Waste Management of the West Virginia Department of Environmental Protection.

According to the WV DEP office, the defendants own and operate three underground storage tanks in Ravenswood and have failed to correct documented violations that were reported back in 2016. The consequences of this lawsuit could result in civil penalties of up to “$25,000 per day for continued noncompliance and $10,000 per day all other violations of the USTA, costs, disbursements, attorney, witness and consultant fees, and other relief as the court deems just”.

If you’re struggling to navigate the EPA’s newest regulations, we’d be happy to explain both the federal and state UST requirements. We pride ourselves in covering the entire compliance supply chain from fulfilling your monthly and yearly physical inspection requirements to obtaining valuable data related to your site inefficiencies. More often than not, our services reduce your overhead costs and save you time, money, and stress. For more information or to ask us any compliance-related questions, please contact us at info@7g-enviro.com or call us at 888-400-3511.

To read more and continue to monitor these lawsuits, see the original article here: https://wvrecord.com/stories/511619503-wvdep-director-alleges-ravenswood-underground-tank-owners-failed-to-comply-with-order“

By Jorrdan Barroso Posted on November 15, 2018 in Uncategorized

The EPA’s UST regulations are intended to protect the public from a contaminated or a polluted water supply. If a UST malfunctions and a leak is detected, it endangers the health and safety of surrounding neighborhoods.

For site owners still scrambling after the October 13th deadline, we’re here to help! We complete over 2,000 inspections a month and we have over fifty years combined experience in the fuel compliance industry. Our team of professionals can help you navigate both your federal and state requirements to minimize your site’s non-compliance risk.

By Jason Wiles Posted on November 9, 2018 in Uncategorized

The ADEM has delayed publishing their 30 day and annual walkthrough forms until the first week of December due to poor quarterly meeting turnout.

The updated legislation draft was published to the ADEM website during the ADEM conference last year, however there has been no update to the legislation.

We spoke to their offices directly for an update on Alabama’s walkthrough forms and proposed regulations which include delaying sump testing, overfill testing, and release detection or EPG tanks. According to their offices, there was low attendance at the previous ADEM quarterly meeting and the commission was unable to vote on the forms and proposed regulations. Therefore, the legislation approval was delayed.

However, there was another quarterly meeting with high-attendance in October and the commission was able to approve their annual walkthrough forms and proposed regulations. Due to Alabama’s mandated 45-day waiting period between approval of legislation and implementation, the regulations will not go into effect until the first week of December. Once the legislation is in effect, the documentation will be published to the general form list.

Overview: The EPA has determined that the State of Utah’s UST program meets all requirements for the program’s approval and will go into effect on January 4th, 2019.  The rule is subject to withdraw by the EPA prior to December 5, 2018 if implications arise.

The program approval by the EPA means that now all Utah UST systems must be ‘equivalent to, consistent with, and no less stringent than the federal UST program’. Because of the update to the EPA’s federal guidelines, states are required to revise their programs to comply with the federal guidelines and submit their revisions to the EPA for approval. This program approval does not impose additional requirements since these requirements were already in effect in Utah. However, it does make these regulations federally enforceable.

In Fenton, Michigan lied the old Fairbanks gas station that was once a Marathon. It had been in the Fairbanks family for over 55 years when the station closed down in 2003 and was finally demolished in early October 2018.

A petroleum leak was first found at the station’s Underground Storage Tank (UST) site in 2015 after a follow-up investigation years after the station’s closure in 2003. According to investigators and the Tri-County Times press release, the contents in the UST taken after the initial investigation surpassed the Department of Licensing and Regulatory Affairs (LARA) limits.

The investigation showed the surrounding soil and groundwater was contaminated and had migrated off-site. The settlement agreement concluded in May 2018 with the landowner responsible for resolving the cleanup obligations. Also, the agreement allowed the DEQ to initiate site cleanup and work began in September 2018.

Clean-up and restoration activities include removal of the UST’s and contaminated soil and asbestos building materials. In addition to removal, sheet piling will be installed to ensure that the excavation efforts do not damage roadways or pavement. The total removal, cleanup, and demolition will total $595,000. Once cleanup efforts conclude, the site will continue to be monitored for leak detection and soil contamination for a year after excavation. Once their initial investigation concludes, the DEQ will create a report documenting the release available in January 2019.

By Chrissie Rakowski Posted on June 8, 2018 in Uncategorized, UST Regulatory Updates
As of June 1st, 2018 Oregon DEQ has revised UST regulations promulgated to rule and are now in effect. The regulations underwent public comment in February, and Environmental Quality Commission adopted the proposed rules on May 11th, 2018. Some revises changes to the regulations include the following: For more information on the accepted changes, please visit the Oregon UST website here To view the redline of all revised changes, please visit here.
environmental environmental compliance Oregon DEQ regulation updates Release Detection Underground Storage Tanks UST